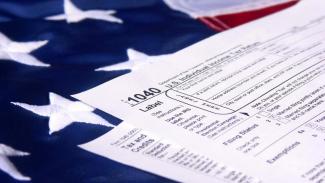 Assistance for clients with us tax filing obligations

If you’re a U.S. taxpayer, learn about the additional information we can provide which allows you to make an important election for your investment in Canadian mutual funds and will make it easier to file your U.S. tax return.

If you are a U.S. citizen or U.S. green card holder who lives in Canada, you are subject to both Canadian and U.S. tax on your world-wide income. This exposure to double tax is usually managed with claiming a foreign tax credit in the other country from where the income was sourced. However, for the foreign tax credit mechanism to work properly, generally, the timing of the income in each country should be about the same.

Most U.S. tax specialists believe a Canadian mutual fund trust or Canadian mutual fund corporation is a PFIC and that the onerous and complex PFIC rules will apply for those investors who are U.S. taxpayers. This is because a PFIC is a non-U.S. corporation where 50% or more of the average assets held during the year produce or are held to produce passive income or where at least 75% or more of the corporation’s gross income for the year consists of passive income.

Pursuant to the PFIC rules, U.S. taxpayers who hold units or shares of a PFIC may be required to cast back the income earned over the period the investment was held and pay U.S. tax at the highest marginal tax rate plus interest unless one of two elections are made. The Mark to Market election allows the U.S. taxpayer to avoid the casting back of income but the annual growth in the Canadian fund is taxed as ordinary income each year. By making a Qualifying Electing Fund (QEF) election, the U.S. taxpayer can report his or her pro-rata share of the fund’s earnings and gains calculated under U.S. tax principles but detailed information is required annually to make that election. The QEF election generally provides a closer match in the timing of income on both sides of the border which allows the U.S. taxpayer’s exposure to double tax to be mitigated or eliminated. In addition to analyzing which of the three reporting options is best and making the desired election, the U.S. taxpayer must disclose his or her interest in each PFIC annually which can be costly and time consuming.

To help U.S. taxpayers meet their U.S. tax obligations, IG Private Wealth Management can produce an individualized PFIC Annual Information Statement (AIS) for those who invest in Investors Group funds upon request. It is this AIS that allows for the U.S. taxpayer to make a QEF election as it reports the earnings and distributions made from the fund under U.S. tax principles. We encourage our clients who are U.S. taxpayers to discuss the impact of the PFIC rules and the benefits of making a QEF election with a U.S. tax professional.

Speak to your IG Consultant to learn more about the information IG Private Wealth Management provides for U.S. taxpayers.

Written and published by Investors Group as a general source of information only. Not intended as a solicitation to buy or sell specific investments, or to provide tax, legal or investment advice. Seek advice on your specific circumstances from an Investors Group Consultant.